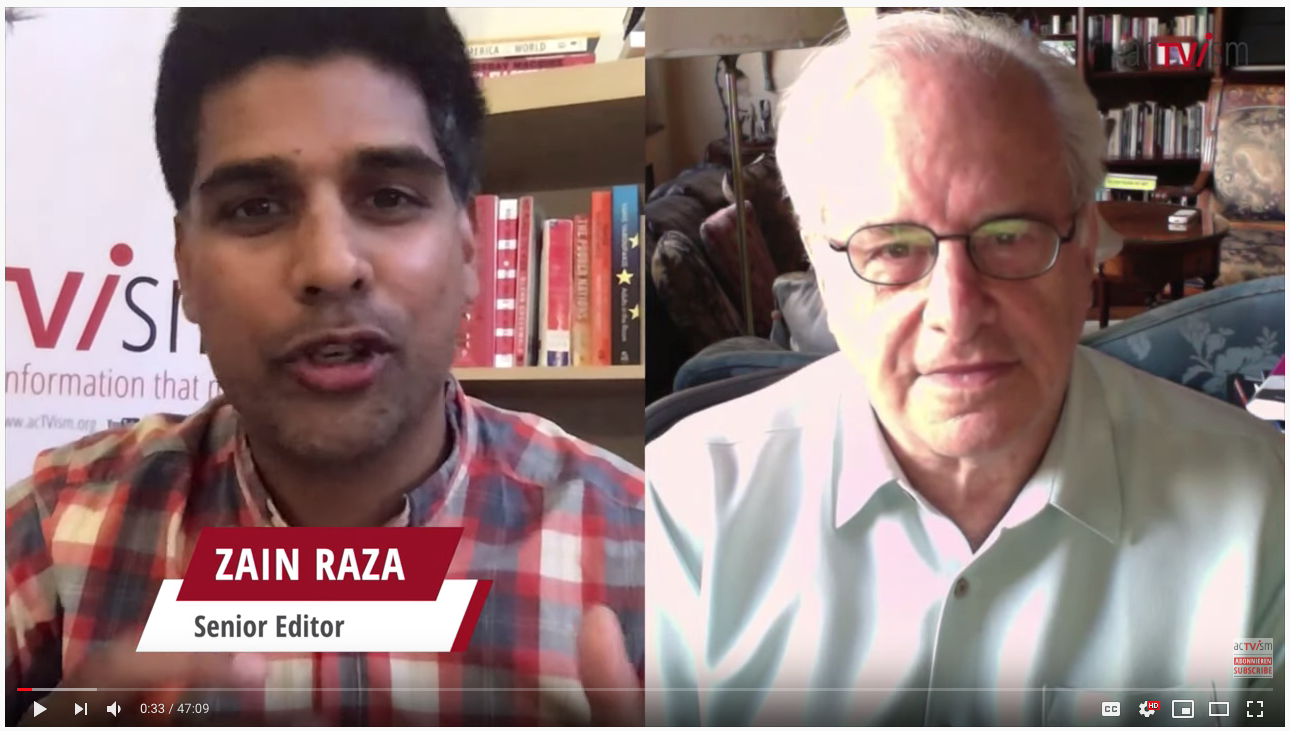 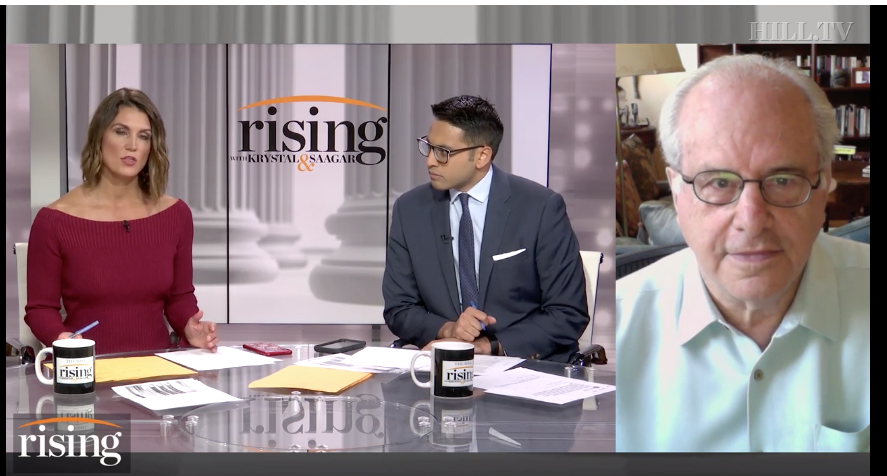 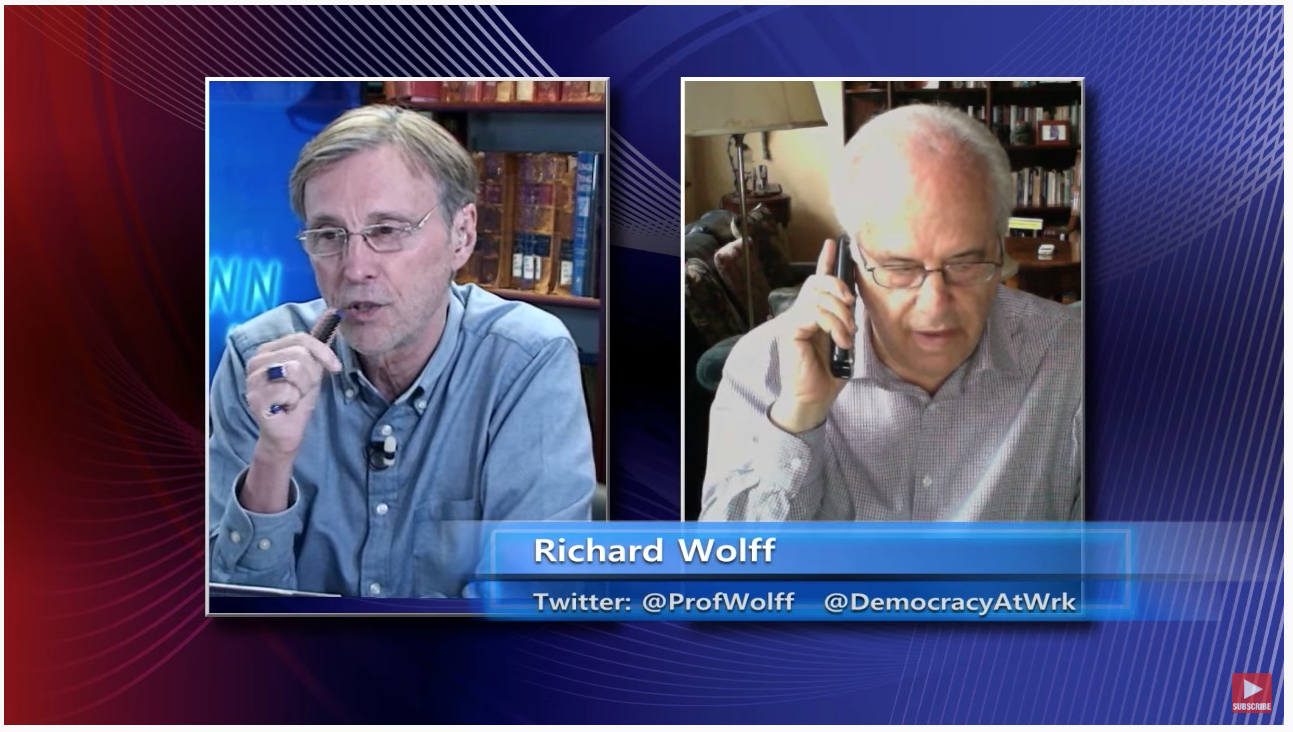 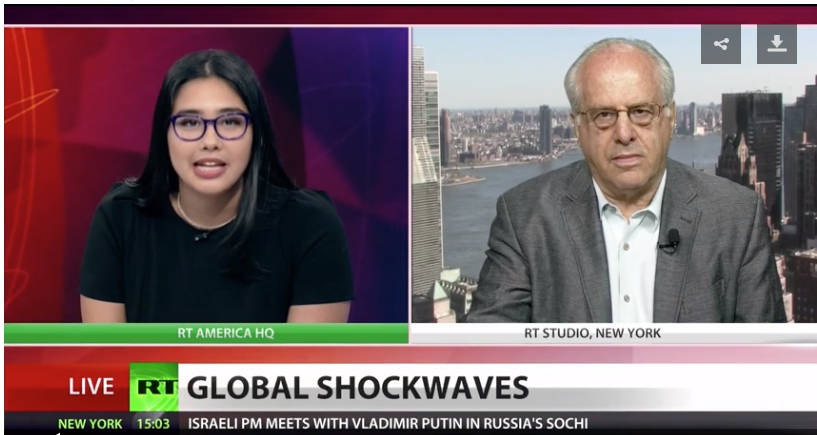 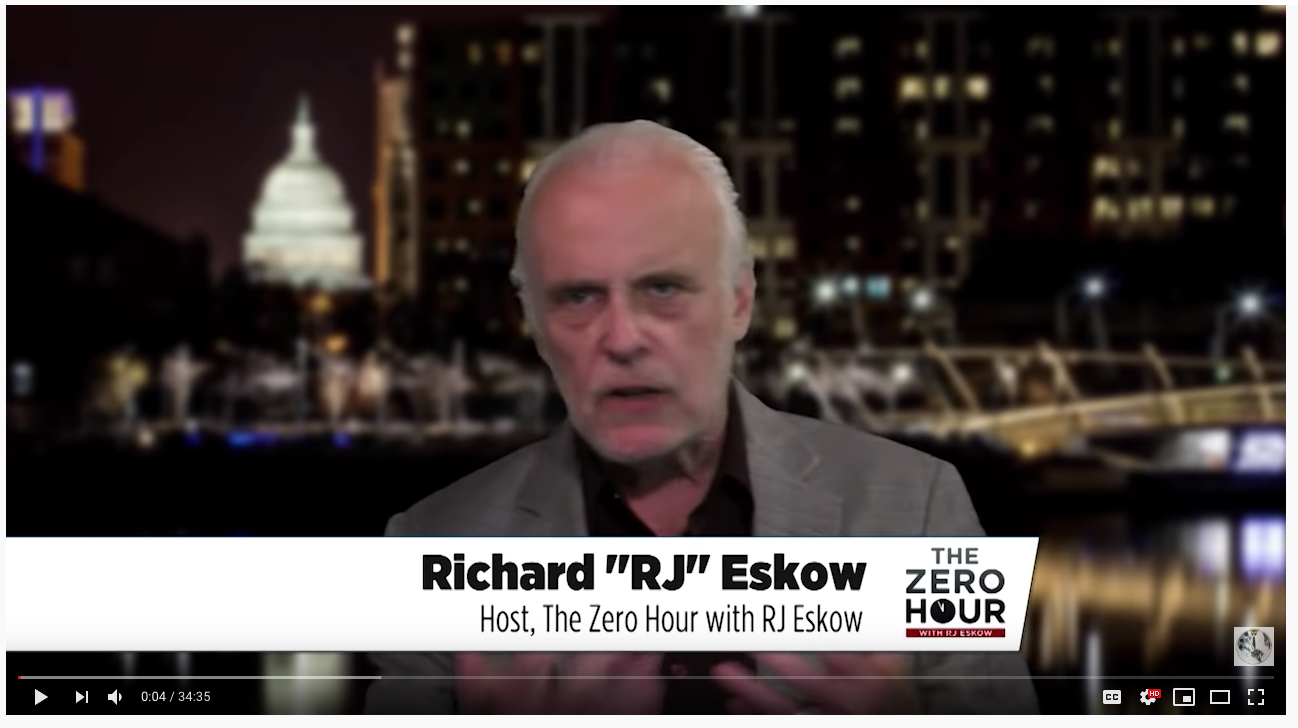 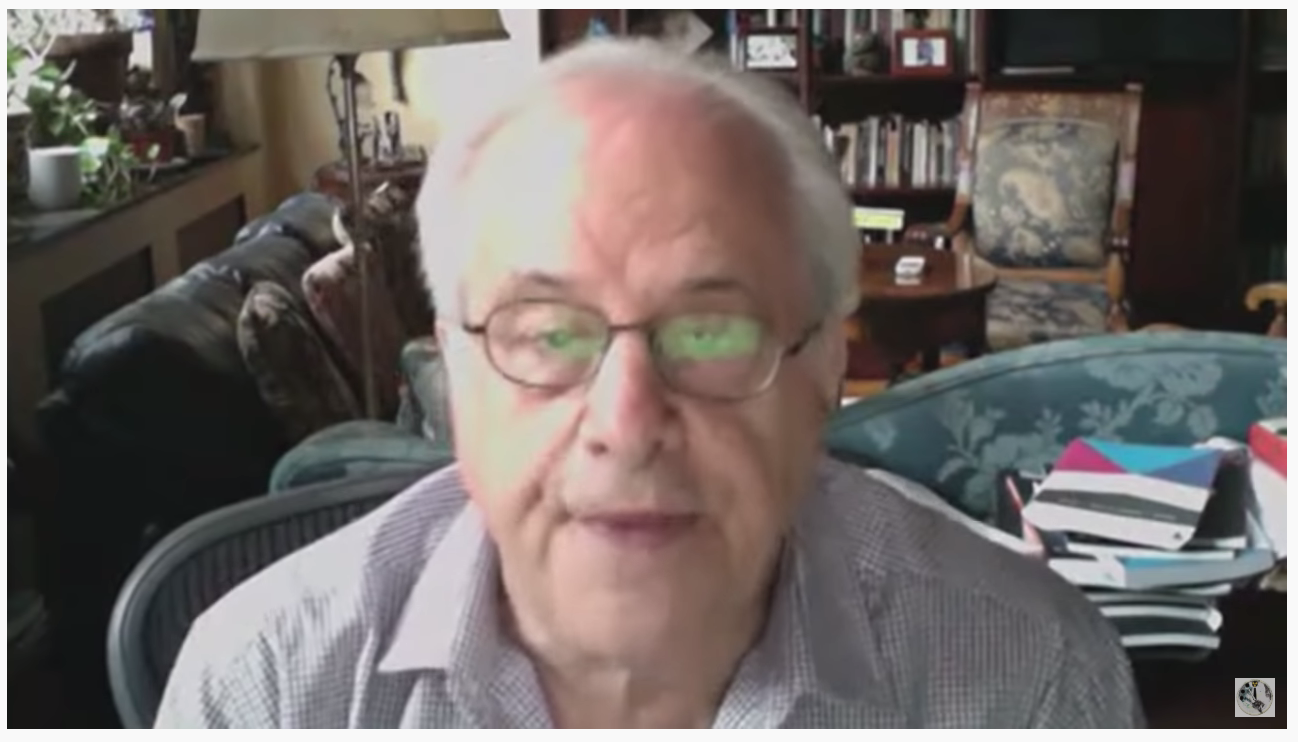 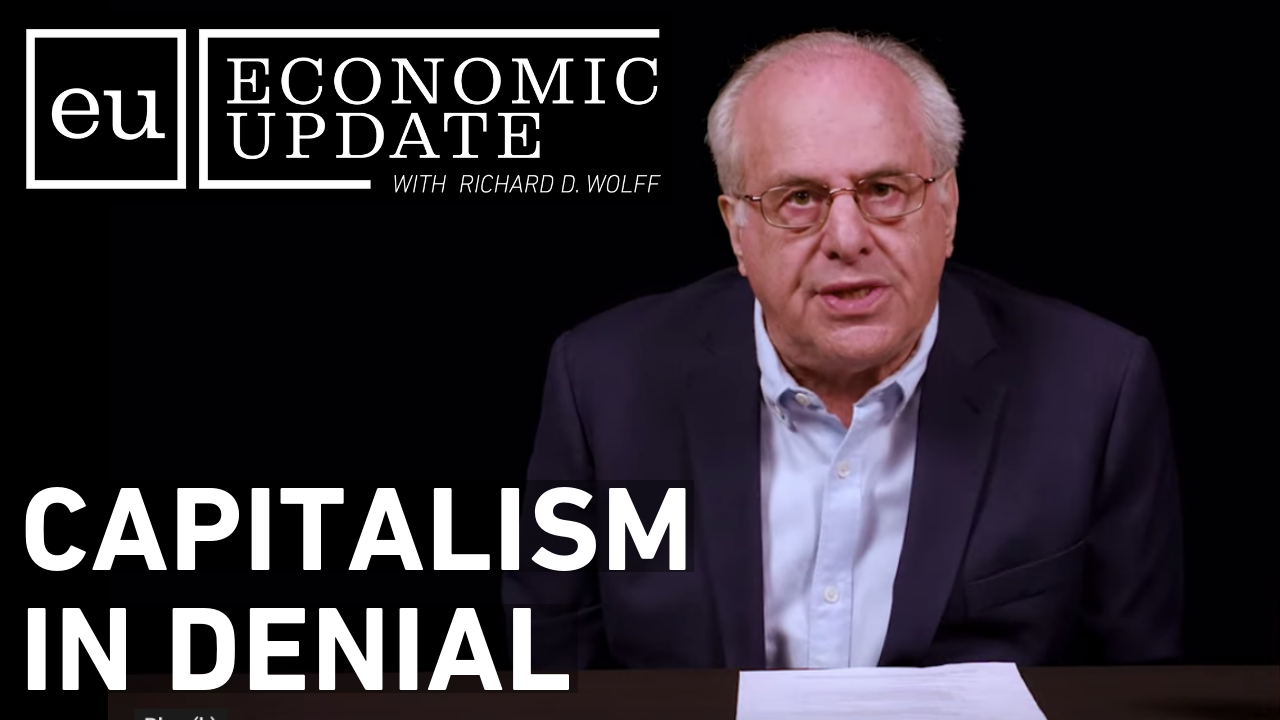 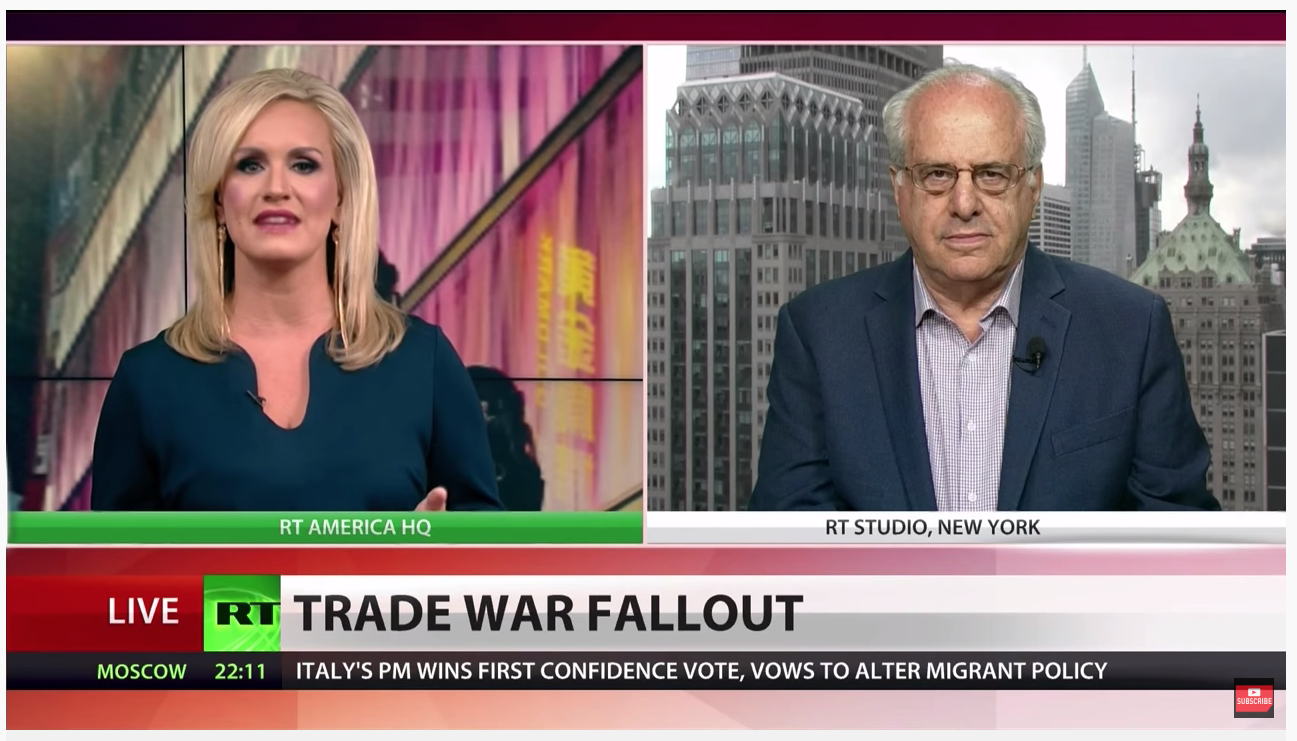 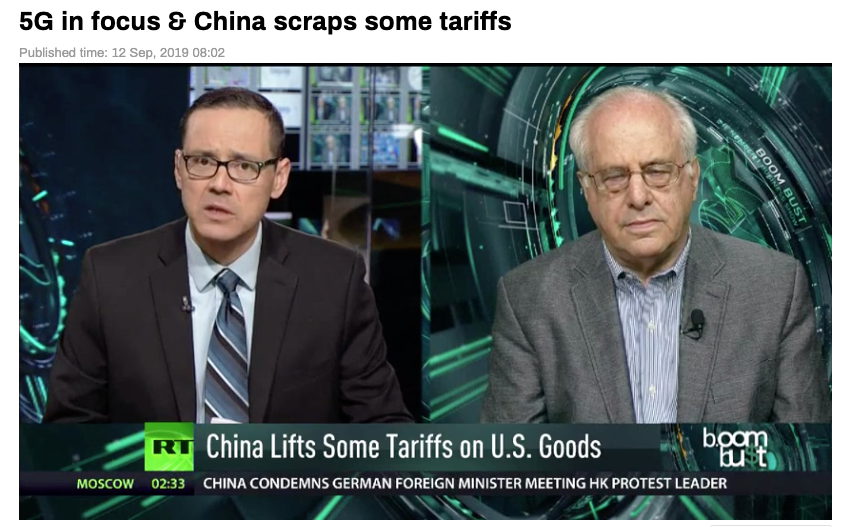 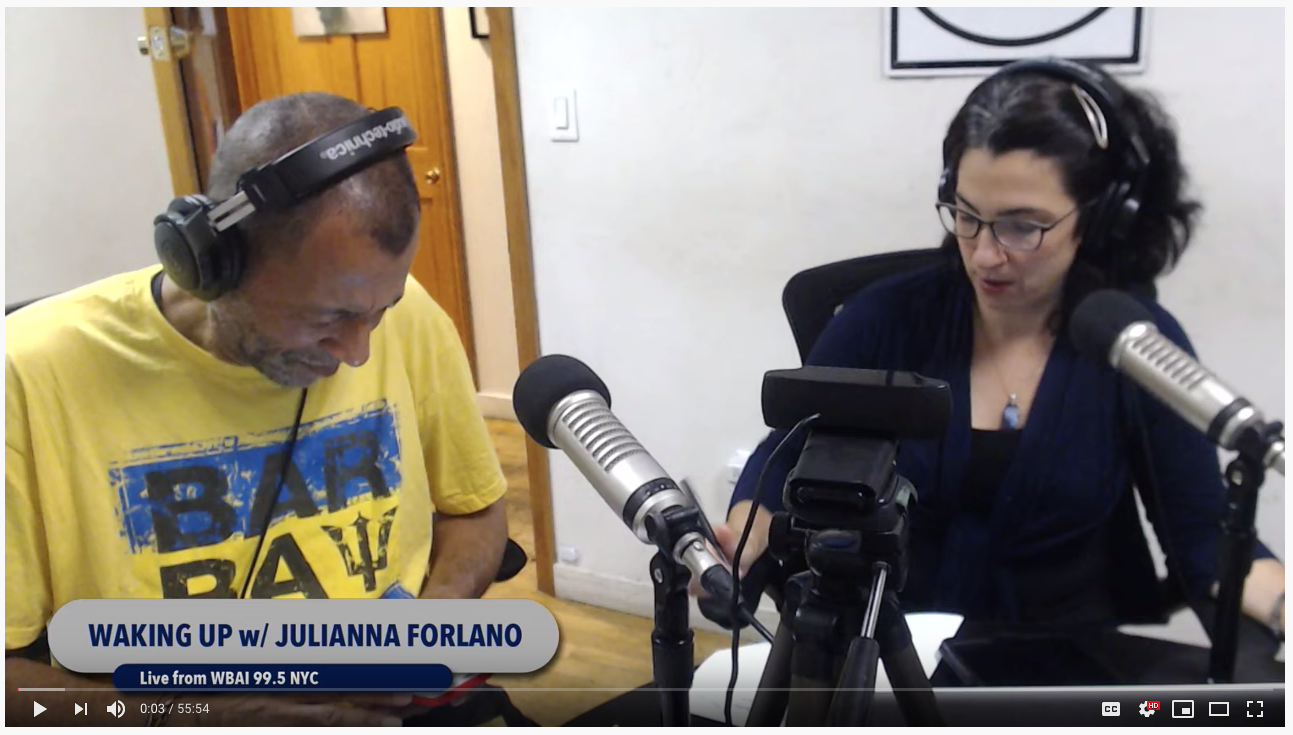 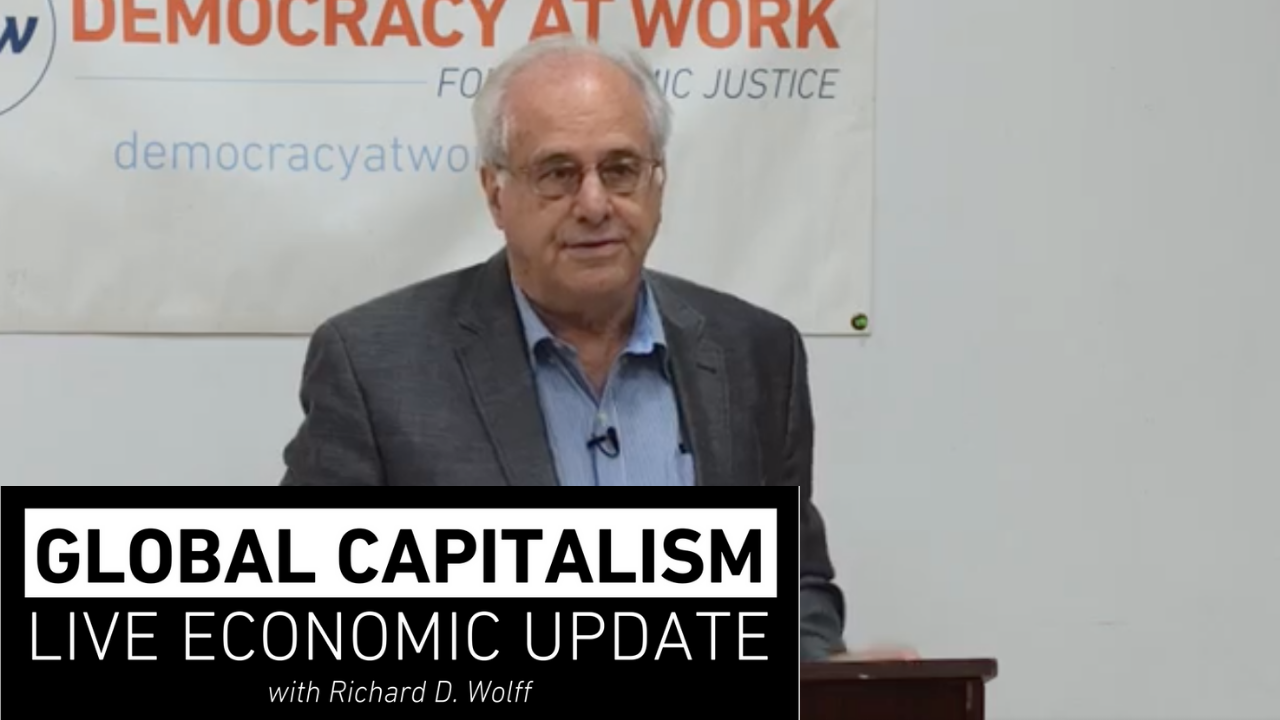 with Richard D. Wolff
Co-sponsored by Democracy at Work & Judson Memorial Church
In connection with Wolff’s discussion of the main topic above, he will also cover the following issues at the September 11th, 2019, event...READ MORE
posted by Richard Wolff | 8844pt
September 12, 2019
Comment Share 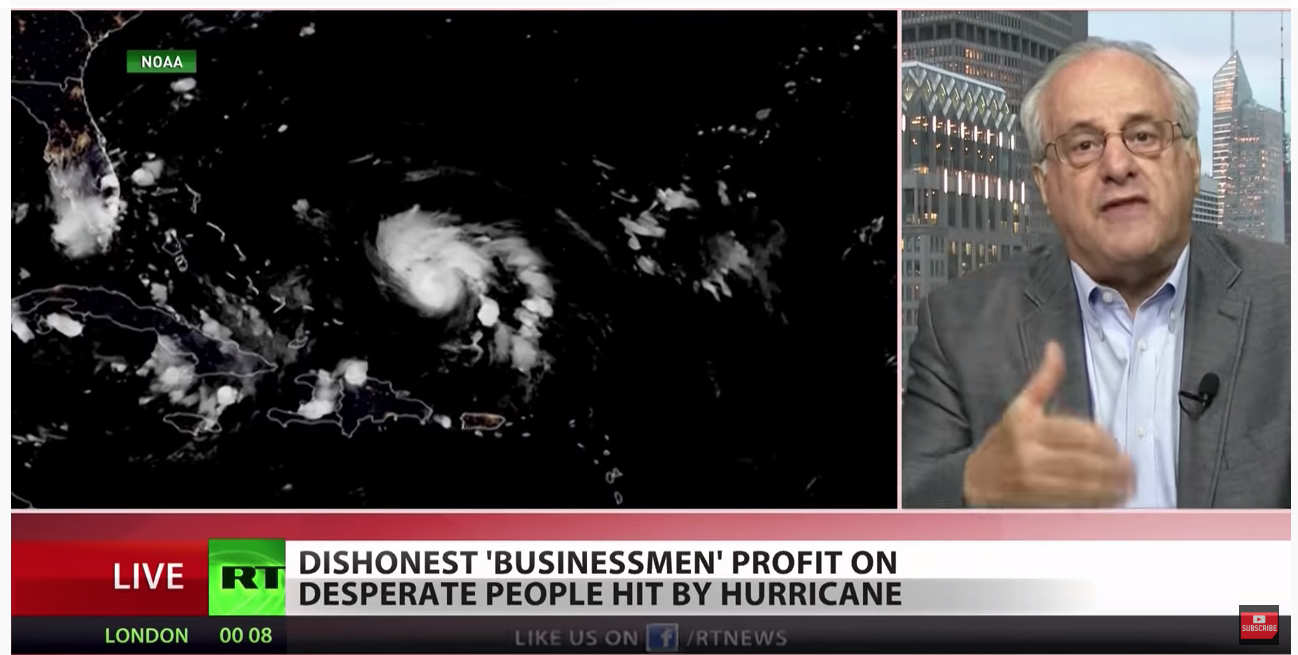 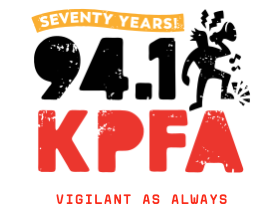 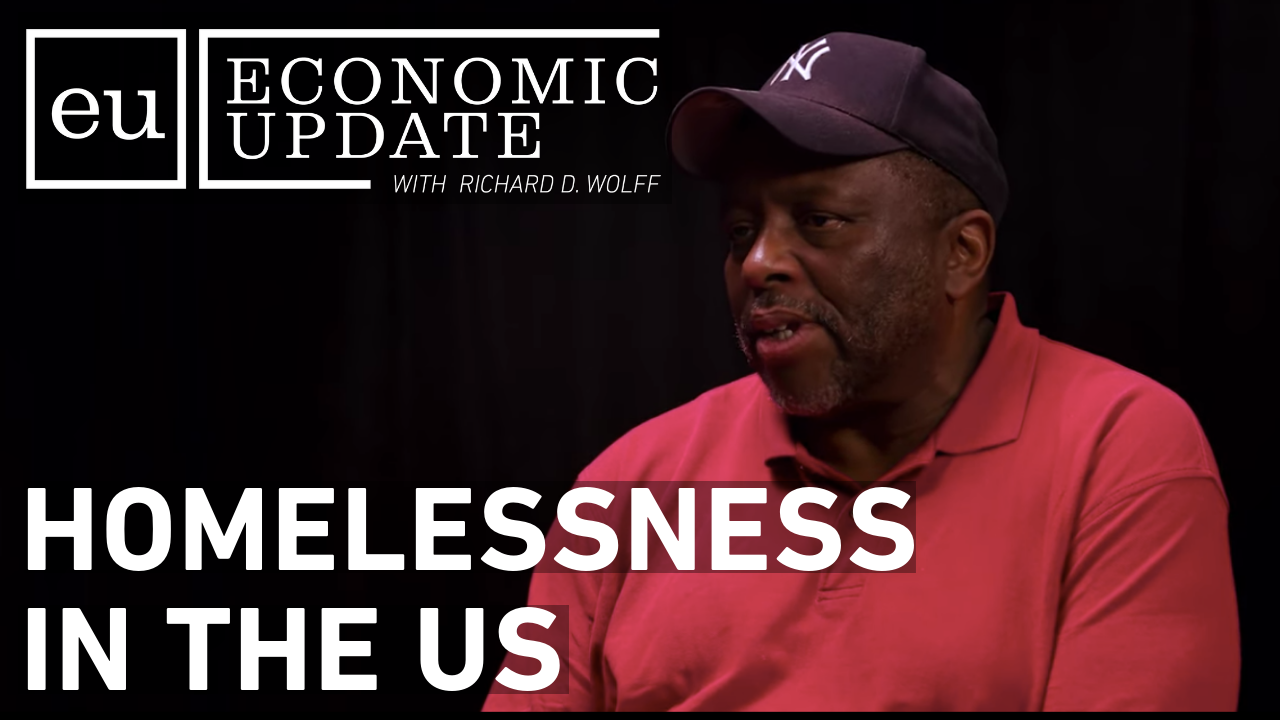 Prof. Wolff on the State of the Economy

Prof. Wolff Weighs In on the State of the Economy With The Hill's Krystal Ball and Saagar Enjeti.

This interview appears courtesy of The Hill TV: Click Here

How Capitalism Pits Working People Against Each Other 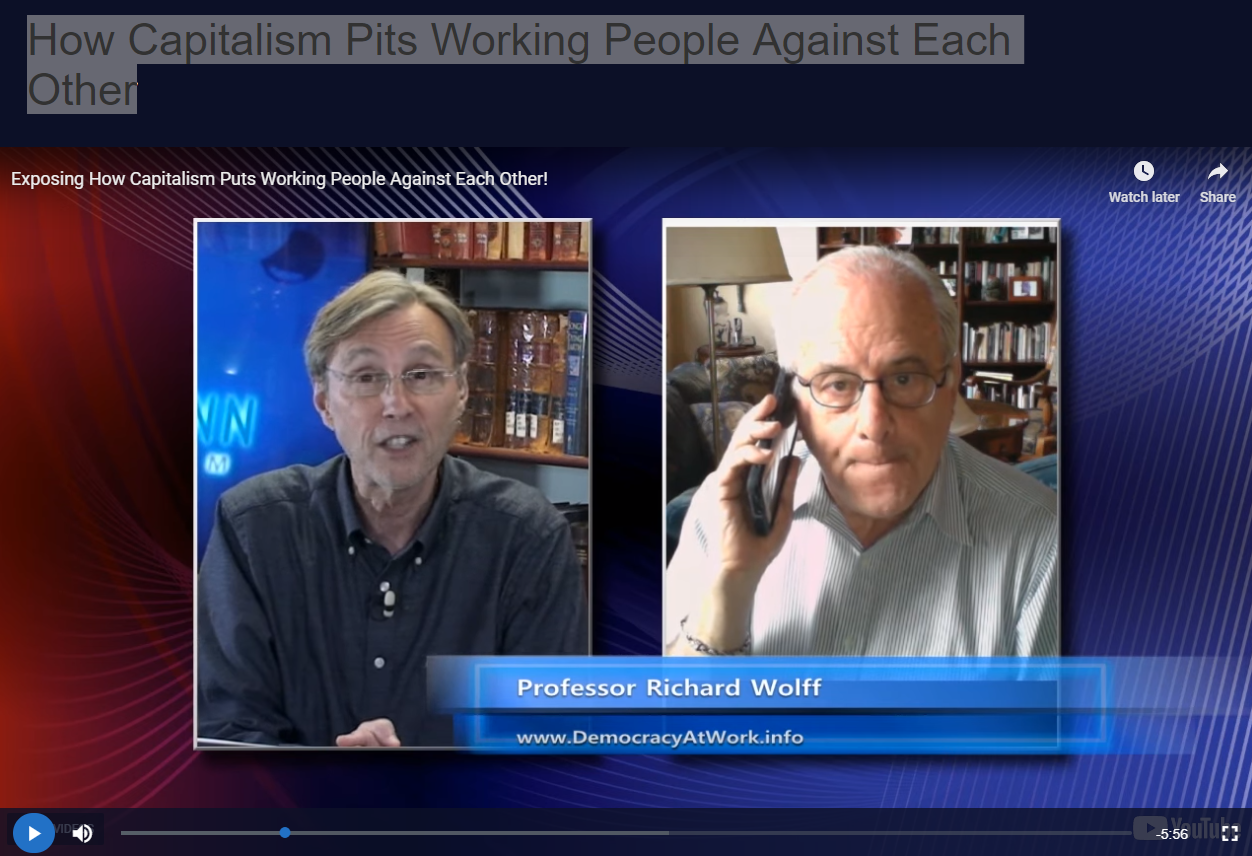 Exposing How Capitalism Pits Working People Against Each Other: Click Here

Prof. Wolff discusses how employment cooperatives may improve the economy with Jesse Ventura. 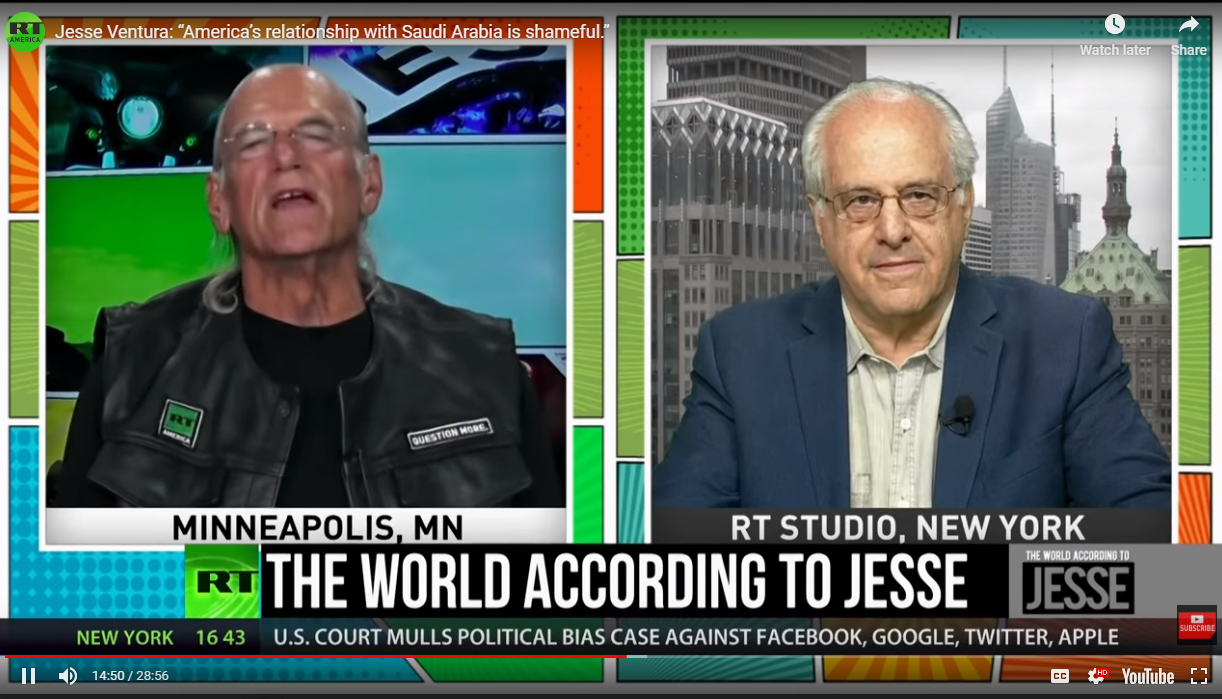 Should Schools Get Rid of Grades?

Prof. Wolff calls the current system of grading students "capitalist."  Sure it sounds popular, but is doing away with grades really a solution to what some call an education crisis? Prof. Wolff talks with FOX News' Lauren Simonetti to answer these questions.

Which Is Failing, Capitalism or Trump?

As the US slides closer to a recession sparked at least in part by Trump’s trade war with China, the question arises, is Trump failing capitalism, or is capitalism failing us? Prof. Wolff talks with Sonali Kolhatkar. 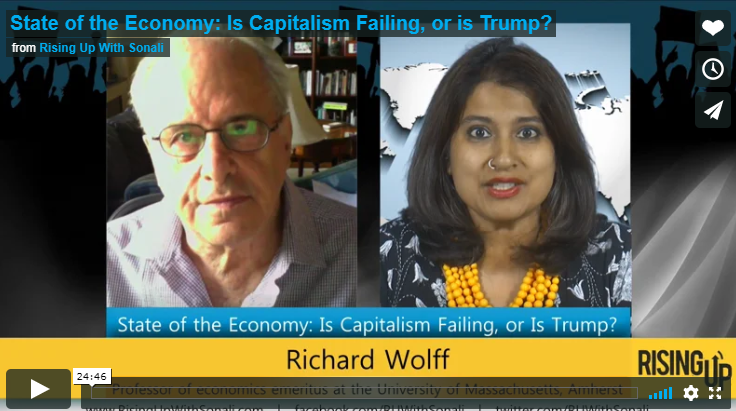 This interview appears courtesy of Rising Up With Sonali

We Are Already Overdue for a Recession

Is there a new recession coming? We are already overdue for one of these downturns, according to Prof. Wolff. Trump has launched a trade war, which is bad for both economies with everyone losing thousands of dollars a year due to that. The upswing has been going on too long, so how deep will the next recession be? 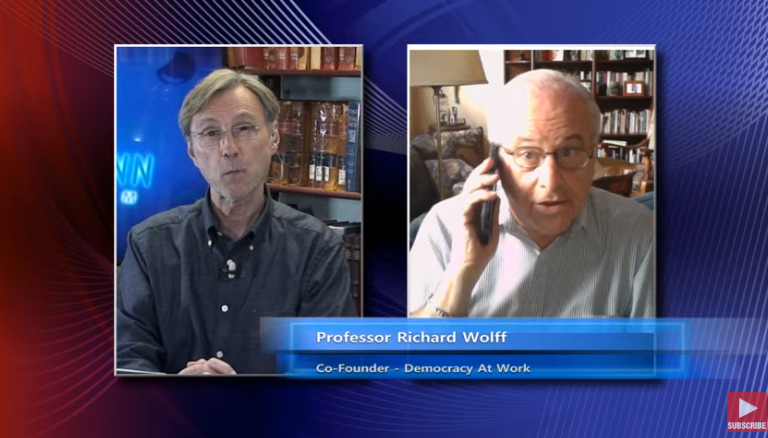