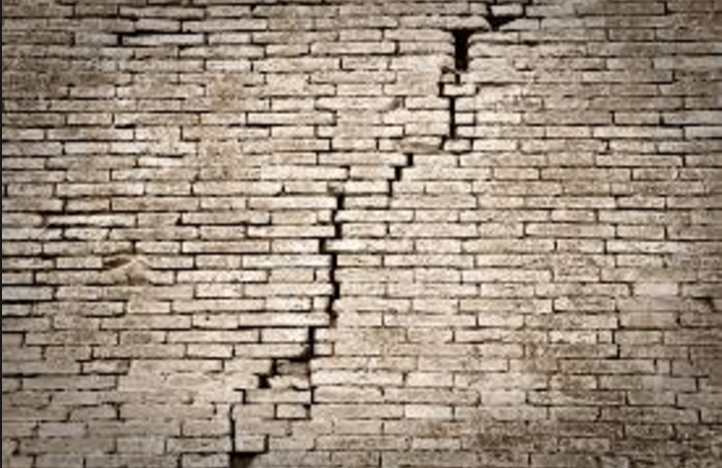 As global capitalism staggers painfully, unevenly and dangerously in the wake of its 2008 collapse, its critics divide into two broad camps. One commits to fixing or reforming a capitalism that has somehow lost its way. The other finds capitalism irreparably inadequate and seeks transition to a new and different system. The two camps see many of the same faults: how capitalism relentlessly deepens inequalities of income, wealth, power and access to culture; capitalism's instability (those socially costly cycles it never managed to prevent); and its consequent injustices. Sometimes the two camps can ally and work together. However, at other times -- such as now -- the camps become more wary of, disaffected from, and competitive with one another. Adding complexity these days, the critics favoring system change are also redefining -- for potential recruits and for themselves -- the new system they seek.

Parallel divisions among critics also emerged in the crumbling of slavery and feudalism. As slavery declined, in the US as in the many other places it had existed, one group of its critics focused on improving slaves' lives. It sought better diets, housing and clothing; more respect for slave families; and less violence toward slaves. Such critics wanted to reform a slavery that was too harsh. Another group of critics, diverging increasingly from the first, saw the problem as slavery itself. It wanted system change expressed in the demand for "abolition," for social transition via emancipation, to a regime of universal individual freedom.

As the feudal economic system and the absolute monarchies that characterized late feudalism declined in Europe, critics of both split similarly. One side wanted to ease feudalism's harsh edges: lords should be more accommodating to serfs, less rapacious for rents and other feudal dues imposed on serfs. The reformers of the feudal economy often partnered with the reformers of feudal monarchies. The latter favored councils or parliaments that could advise monarchs, constrain their powers via constitutions, and so on. On the other side were critics who responded to late feudalism's accumulating problems, injustices and breakdowns by advocating the end to both feudal economic relationships and monarchies. They fought for economic freedom (ending serfs' obligations as enforced by tradition, the church and the lords' power) and its political correlate, a more or less democratic republic (ending monarchy).

As contemporary capitalism declines now in its old centers (western Europe, north America and Japan), the split among its critics intensifies. Capitalism's 2008 global meltdown, the government bailouts chiefly of big private businesses that had caused the crisis and the austerity policies that made the public pay for the bailouts stimulated surges of criticism. Yet another stimulus has been the behavior of capitalism's mainstream advocates, the neoclassical economists controlling academic departments for as long as they can, and their former students who became status-quo-favoring politicians and journalists. As celebrating private capitalism becomes ever harder, strident extremism by capitalism's defenders (expressed in various market and "free enterprise" fundamentalisms) frequently results.

The Keynesians, marginalized since the 1970s, returned after 2008 with renewed vigor to "save capitalism from itself" (Hillary Clinton). Paul Krugman, Joseph Stiglitz and many others keep enumerating how government must intervene to make modern capitalism work for all ("be great again?"). Government interventions, they warn, are the only way to regain the economy's levels of performance and popularity before the 2008 meltdown, which exposed private capitalism's accumulated, and by then, extreme fragility. The Keynesians want government to stimulate demand via deficit spending on labor-intensive projects, to redistribute income via tax policies, to run green New Deals, and so on. For the Keynesians, the neoliberal program of privatization, deregulation and globalization associated with Reagan, Thatcher and their successors failed to learn the lessons of the 1930s Great Depression. Thus, their neoliberal capitalism has taken the world economy down since 2008.

The debate pitting neoclassical/neoliberal economists against Keynesian adversaries is hardly new. It has informed oscillating policy regimes since the 1930s. Most participants on both sides speak and write as if their debate is the core issue of economics and always will be. It may be relevant that their academic and policy careers depend on that.

However, across capitalism's entire history, it always generated critics who went further than reformers of capitalism and their arguments about economic policy interventions by government. Such critics found the debates between neoclassicals and Keynesians of secondary or less relevance. They believed that capitalism's problems were so deep, so intractable and had so deftly evaded successive reformers' (including Keynes and Keynesians) solutions that basic system change was needed. The term "socialism" is problematic to use in this context because it has taken on too broad a range of meanings. For example, many reformers of capitalism, including many Keynesians, refer to themselves as "socialists," much as their political enemies often do. Likewise, many systemic critics of capitalism who reject Keynesian reformism insist on the label "socialist." Much the same multiplicity of meanings applies to "communist."

Effects of the Collapse of the Soviet Union

Adding complexity to the now growing number of capitalism's systemic critics is a historic change in many of their arguments and foci. Before and after the Soviet (1917) and Chinese (1949) revolutions, the system-change critics had favored a much greater role for government in the economy than anything proposed by the Keynesians. Government was not merely to regulate capitalist enterprises but also to socialize them, to convert them from private into state-owned, state-operated enterprises. Likewise, beyond merely regulating market exchanges, government central planning was itself to distribute resources and products. The system-change critics sought to replace private enterprises and markets with state enterprises and planning. Capitalism and socialism were thereby systemically defined and differentiated. The 20th century's systemic struggles and debates pitted the virtues and benefits of private enterprise and markets against those of public enterprises and government planning.

The 1989 collapse of the USSR and its Eastern European allies, and subsequent changes in the Peoples Republic of China (PRC) provoked many system-critics of capitalism to rethink their analyses and refocus their strategies. The transition from private enterprises and markets (capitalism) to public enterprises and planning (socialism/communism) had proven unsustainable. More importantly, the genuine economic and social gains that had been achieved were accompanied by serious failures that compromised what system-change critics had promised and expected. The traditional concept and goals of socialism/communism established in the USSR, PRC and beyond had proven significantly problematic.

Giving the state apparatus so central a role in the economy reinforced an excessive concentration of state power in politics, and culture too. Likewise, substituting state officials for private boards of directors left enterprises' authoritarian internal organizations too little changed. The mass of workers resented and often undermined that organization, thereby frustrating the industrialization goals set by the state and eventually, the state-dominated system as a whole. Slowly these problems fostered an understanding that the concept of socialism/communism, and thus the goals of system change beyond capitalism, needed change.

In this new view, the capitalist system had not changed -- or at least not changed enough -- by making private enterprises public and distributing resources and products by plan instead of market. Inside workplaces, the same hierarchies of control, the same basic divisions among employers and employees, managers and managed, had remained. Thus, the actual transitions accomplished were from a private to a state form of capitalism. Those changes in the form of capitalism were mistaken for change to a system other than capitalism.

Often, via reengagements with Marx's writings, system-critics refocused their general attention on production, and more specifically, on the organization of the enterprise. Capitalism was redefined as a specific relationship among participants in producing goods and services. Much as slavery was defined in terms of slaves and masters and feudalism in terms of lords and serfs, capitalism was to be defined in terms of employers and employees. What became the crucial issue and focus was that relationship inside enterprises and not the secondary matter of whether the employer was public or private. What defined capitalism was the employer-employee relationship; what defined the preferred other system -- whether called socialism or communism or neither -- was a radically different relationship.

Posing the question of the exact nature of another system with a production relationship radically different from capitalism's led many critics to rediscover worker cooperatives (sometimes called producer cooperatives). They were enterprises whose internal organization was not divided into employers and employees, i.e. different groups occupying different positions with some deeply opposed interests. For capitalism's systemic critics, worker cooperatives entailed enterprises organized democratically -- all workers would have individual, equal voices in making all enterprise decisions. What to produce, how and where to produce, and what to do with the enterprise's net revenues or income would be decided democratically and collectively. Such enterprise organization constituted a genuinely different post-capitalist system.

Many system-critics of today's capitalism are thus focusing increasingly on an economic transition from hierarchical capitalist enterprise organization to enterprises organized more horizontally as democratic worker cooperatives. Workers become their own directors, replacing corporate boards of directors elected by shareholders, and workers' self-directed enterprises succeed capitalist enterprises in both private and public spheres (the relative proportions varying with the histories and preferences of different countries). The transition from capitalism to a specific next system -- as the preferred solution to the problems of global capitalism today -- is centered on the transformation of workplace organization as the key missing element that undermined previous efforts to move beyond capitalism (i.e., traditional socialisms and communisms).

When systems crumble and their critics divide into the two camps, the reformists usually prevail before the system-changers have their opportunity. In the longer run, we know from history, both the slave and feudal systems (the slave-master and the lord-serf workplace relationships) were largely abolished. Is capitalism, the employer-employee relationship, now also crumbling?