"Learning From Coronavirus: We Can't Rely on Capitalism to Serve Our Most Basic Social Needs"

Despite the nation's need to manage the viral pandemic, private capitalists do not profit by producing or stockpiling medical supplies. 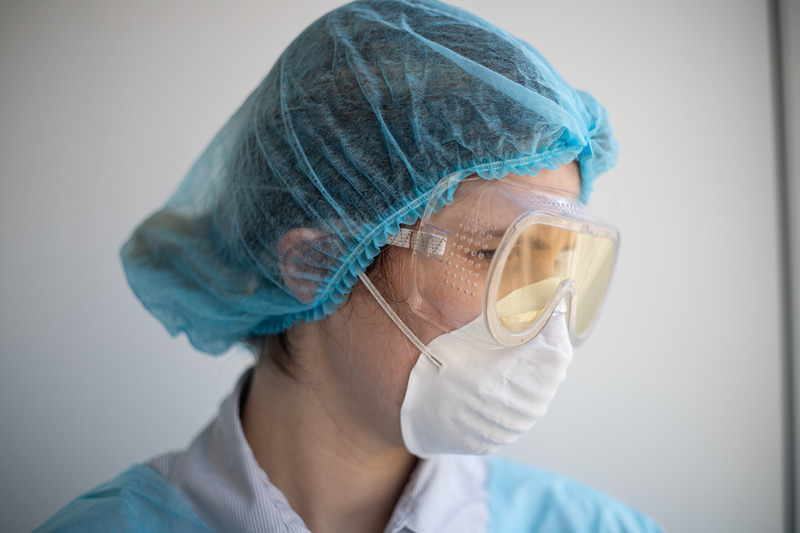 We are living through two major and overlapping failures of capitalism. It failed to prepare adequately for the coronavirus pandemic (delayed and insufficient production, stockpiling, and distribution of vital medical supplies and services). Then it failed to cope adequately with the economic crash triggered both by the virus and the poor preparation for it (exploding unemployment, declining production, and credit market freezes). We can, however, take something positive from so much that is negative. That requires heeding the lessons taught by those failures.

Chief among these is that we cannot safely rely on capitalism and its profit motive to serve our most basic social needs. Successful preparation and coping would have required authorities to mobilize private and public resources to prioritize the "bottom line" of public health. Instead capitalists prioritized private profits as their "bottom line." Most governments, especially those still enthused about neoliberalism, deferred to the pursuit of private profit in markets as if that guaranteed meeting basic social needs. It does not; it never did; and the result of thinking otherwise is what plagues us now.

Dealing (preparing and coping) with a viral pandemic is a special case of a general problem in modern capitalist societies. In general many basic social needs fail to be met when and because they get subordinated to the private profit goals of capitalists. It was not profitable for private capitalists within the medical-industrial complexes of modern capitalism to produce or stockpile the medical supplies needed to properly manage a viral pandemic. Nor did governments. Because they depend heavily on the supports, donations, lobbyists, etc. of private capitalists, most governments are enthusiastically complicit with their leading private capitalists. Government leaders come chiefly from those ranks and generally share their ideological commitments to profit-maximizing production and market exchange. It is thus no surprise that governments did not adequately compensate for the failures of private capitalism to prepare for and cope with the coronavirus crisis. Instead, governments were complicit with and worsened those failures.

The following list of basic social needs must therefore be secured by removing production of the relevant goods and services from the profit-driven capitalist system:

The goods and services in these eight sectors are too socially important to be left in the hands of private capitalists seeking profits as their systemic obligation, their "bottom line." The national defense in the U.S. already institutionalizes that insight; locally, so do police, fire, and public parks departments. The other sectors listed all exemplify the lesson taught by the coronavirus catastrophe. Needed tests, masks, ventilators, hospital beds, etc. were not produced nor stockpiled by private capitalists. The government, fearing to threaten or undermine the private capitalist sector, hesitated to impose production or stockpiling obligations on private capitalist enterprises. The latters' profit calculations led them to decide not to produce or stockpile what was needed.

The lesson of the coronavirus outbreak was and is this: the efficient solution for a viral pandemic was to produce and stockpile, but the profitable solution for private capitalists was neither to produce nor stockpile. Efficiency in meeting basic social needs contradicts efficiency in the capitalist pursuit of private profit. Therefore all eight listed sectors will need to become non-capitalist, government obligations that will entail producing and stockpiling the appropriate commodities as needed for each sector.

It may be more profitable to produce non-organic food, but healthy populations require organic food that is easily available and affordable. The social priority is organic food available for all regardless of their incomes: no more higher quality food unaffordable for poor and middle classes. The same applies to housing. The priority is to provide basic adequate housing to all: no homelessness. Yet again, the same applies to all medical products and services: what heals the body must be equally available to all regardless of income. Mass transit—regular, clean, pleasant: from planes to individual automobiles shared as needed—would save lives and prevent injuries to tens of thousands annually, reduce air pollution, save on fossil fuels, etc. Only private profit has prevented efficient mass transport from becoming universal. The same logic applies to the entire list of eight sectors.

If some inequality of incomes is to continue, higher incomes can create markets for (1) limited higher qualities and/or greater quantities of goods and services satisfying basic needs, and (2) products of industries other than the basic eight listed above. Profit-driven capitalists can compete in those markets. But they are excluded from the eight basic social needs sectors.

The specific basic social needs will be democratically decided by means of periodic elections, conferences, and meetings—local, regional, and national. They will review and revise the specific desired qualities and quantities of basic social needs and submit basic disagreements to binding general referenda. The U.S. Congress does something analogous with defense only much less democratically. It periodically decides, reviews, and revises national defense needs. The Defense Department then buys the specific products.

In the new basic social needs system emerging from the coronavirus-triggered crash, a much broader, more democratic process will be decisive. Its decisions will generate purchase orders from the worker coops producing the specific goods.

Such an economic reorganization will not only correct for the failures of capitalism in prioritizing basic social needs, it will also give Americans an altogether new freedom of choice in all future social decisions. They will be able to see, purchase from, and/or work inside two alternative workplace organizations: capitalist and worker-coop. On the basis of ongoing experiences with both alternative systems, an informed electorate can make decisions on what kind of economic system most prefer, what mixture of the two alternatives in operation around them.

Now, no experience with the elements of that choice is available for most Americans. That is because the existing worker-coop sector in the U.S. is very small. It needs to be greatly expanded as is proposed here. That will enable and foster concrete experiences with, learning from, and comparisons between both systems. Regular reviews and revisions of the mix would become a normal part of democratic political life. Democratic decisions about co-existing economic systems would become normal social actions instead of being excluded by ideology, taboo, and fear.