Are We Headed Toward Recession?

This interview originally aired on Radio Sputnik Loud and Clear
Prof. Wolff joins Loud and Clear. Big tech firms were under fire at a high profile Congressional hearing conducted by the House Judiciary Committee on July 16, raising the spectre of serious anti-trust action against Amazon and other tech giants. Meanwhile, negotiations between the major U.S. automakers and the United Auto Workers Union are breaking down because the companies want concessions in case there is a recession. So are we headed into a recession? 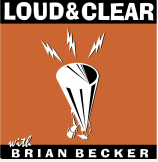